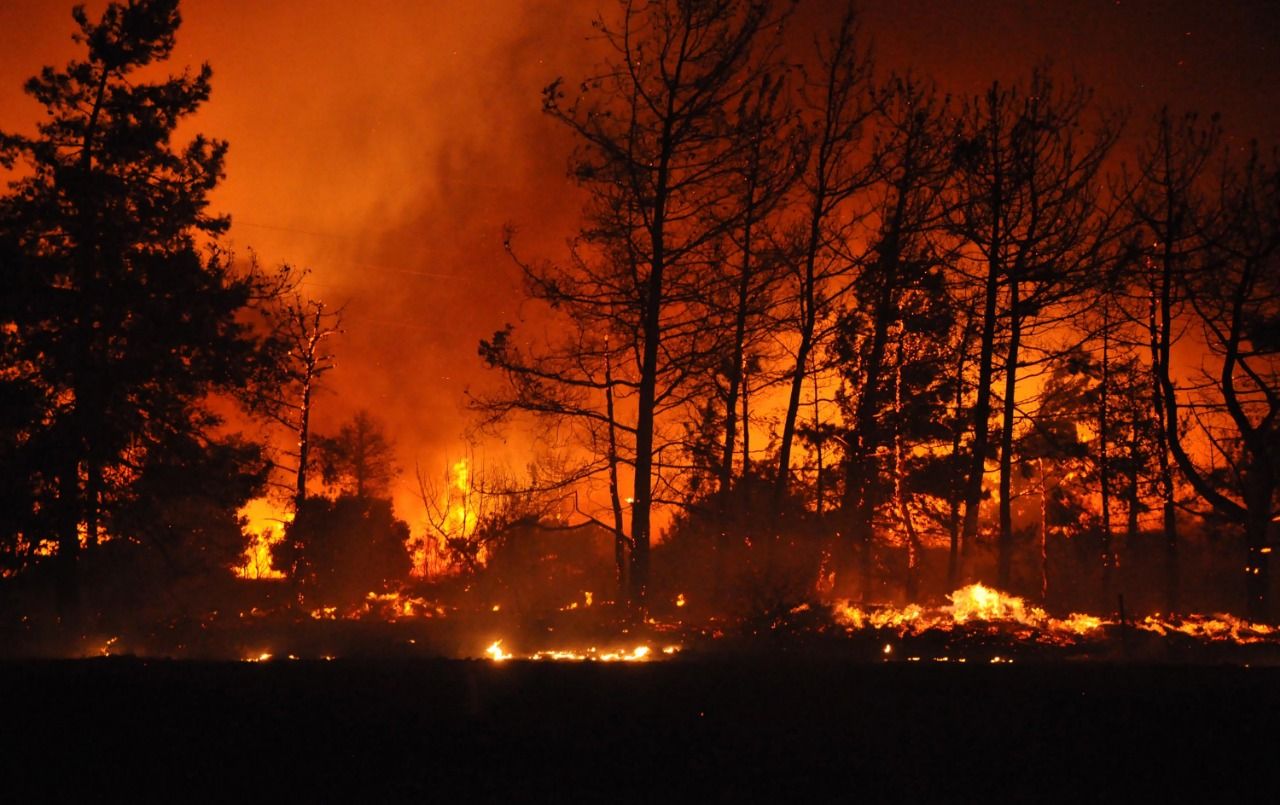 The PKK, which has murdered countless people in Turkey confessed yet again that it is an enemy of “humanity and nature” by claiming responsibility for recent forest fires in Turkey, particularly the Aegean region for the last 1.5 months. The terrorist who scorched the forests through sabotages declared that they burned the forests and mentioned every forest fire that they caused: 25 forest fires between July 11 and Aug. 24 in these provinces – Edirne, Uşak, Balıkesir, Marmaris, Muğla, İzmir, Istanbul, Mersin, Manisa, Antalya, Çanakkale, Afyonkarahisar, Bursa and Aydın.

Due to the success of Turkey’s war against terror and the PKK terrorist organization’s inevitable defeat, with terrorist acts like these, the PKK is trying to give the message that “they are not defeated yet” and are harming Turkey’s economy and nature.

Forest fires are easy for the PKK, which seems to have problems performing other acts. Due to the coming end of the terrorist organization and the dissolution it is suffering as a result, many terrorists have begun to surrender. To stop this organizational downfall, the terrorist group is sending its last remaining militants to cause forest fires when winds are the strongest, making the fires hard to quench. They don’t care that they are endangering human lives. Yet again, the real face of terror is coming out. For terrorists, human lives have no value. By destroying habitats and the economic conditions of villagers who live under harsh conditions in forest zones, they are pushing these people to nothingness.

In addition, they are purposefully selecting areas where German, French, British, Belgian and Dutch tourists are staying to hinder tourism. I really wonder when the Europeans will realize that the PKK is not only a problem for Turkey, but also a big problem for humanity.

When will Europe realize the PKK has no relation to people of Kurdish descent?

Every passing day makes it clear that the PKK and the Peoples’ Democratic Party (HDP), which has become its captive, does not want peace in Turkey, Syria and Iraq. PKK terror barons owe their existence to feeding on spilling blood, terror and chaos. Forest fires serve this goal.

How is it possible for the European Greens to support this terrorist organization, which is burning forests and destroying nature? It is impossible to understand.

How many more forests and the habitats of people must be destroyed by the PKK terrorist organization? Wake Up.