Home blog The PKK in 10 questions 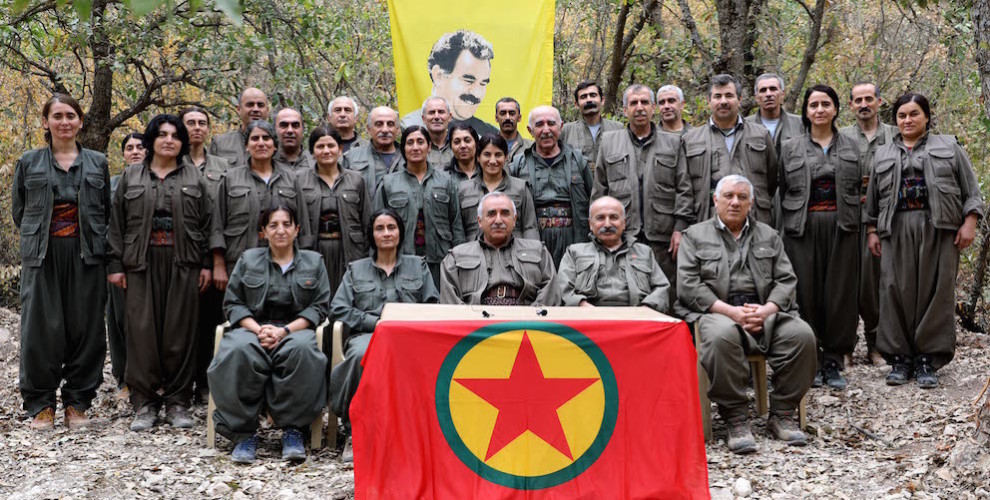 The PKK in 10 questions

The PKK is an armed organisation that has been fighting the Turkish state since 1984. They claim to lead a struggle for the right of self-determination for Turkey’s Kurds.

The group is recognised as a terrorist organisation by a number of countries and international bodies including Turkey, the United States and the European Union.

In its early years, the PKK expounded a vision of an autonomous Marxist-Leninist utopia which they sought to impose in Turkey’s mainly Kurdish east and southeastern regions.

Skeptics, however, speculate that the PKK’s vision of Kurdish autonomy would be a precursor to an independent Kurdish state. 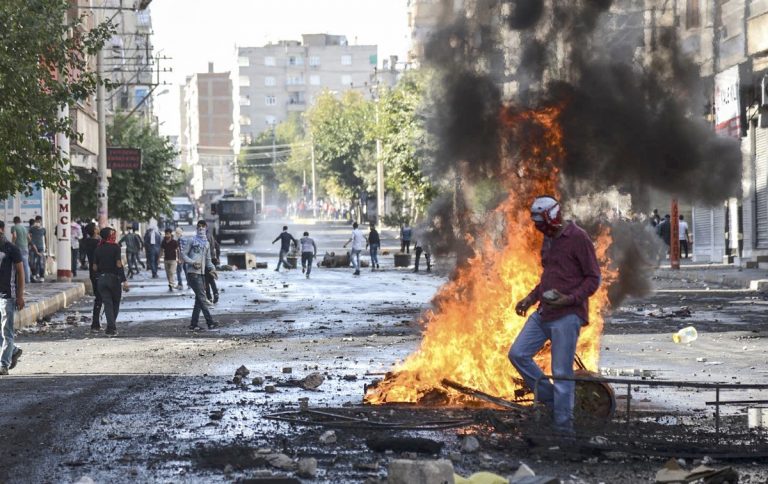 3- When and where was the PKK established?

The PKK was originally established as a left-wing activist group in the Turkish capital Ankara in the mid-1970s. However, its official establishment is generally accepted to have taken place in a meeting in the village of Fis, in the Lice district of Turkey’s southeastern Diyarbakir province in 1978.

4- Why was the PKK founded?

The PKK was founded amid escalating clashes between left-wing and right-wing groups in Turkey at the height of the Cold War. The group’s initial aim was to campaign against the feudal system in Turkey’s Kurdish-majority regions.

Wealthy Kurdish tribal leaders had formed alliances with the Turkish government as a means to maintain order in the country’s restive southeast following a number of revolts in the region. With their Marxist-Leninist ideas, the PKK aimed to tackle uneven wealth distribution and put an end to feudalism.

5- Where does the PKK operate?

The PKK established its first headquarters in 1982 in the Bekaa Valley in Lebanon, then under the control of Syria, with the support of the Syrian government. This support continued until 1998, after which the Syrian government gave in to pressure from Turkey and disowned the group.

The group then moved its headquarters to the Qandil Mountains in northern Iraq, just across the border from Turkey, where they enjoyed the support of the late Jalal Talabani, the head of the Patriotic Union of Kurdistan (PUK) party, who later served as president of Iraq from 2005-2014.

The PKK and its affiliated groups have carried out attacks on security officers and civilians in Turkey, Syria, Iraq and Iran in a bid to impose their authority in the mainly Kurdish regions across these four countries.

The PKK also boasts of a widespread and diverse network of militants, financiers and sympathisers around the world, including institutes and organised crime gangs across Europe, which they use to spread their propaganda and generate funds. 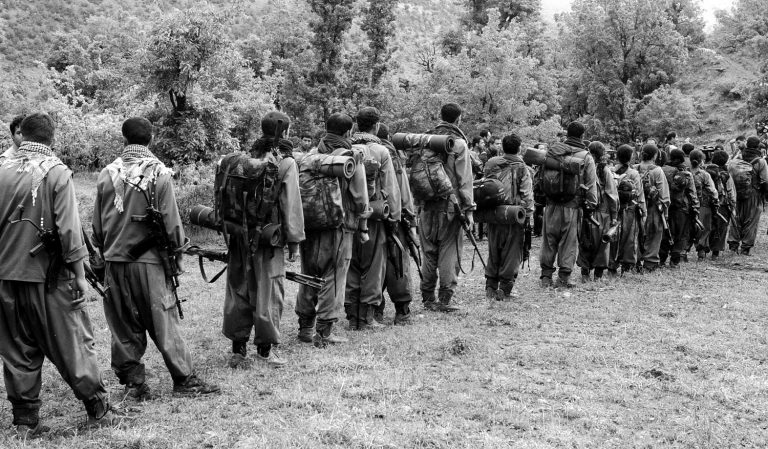 6- Who was the founder of the PKK?

Abdullah Ocalan was born in 1948 in Turkey’s southeastern Sanliurfa province. He worked as a public servant in Diyarbakir before being transferred to Istanbul in 1971.

That same year, he was accepted into Ankara University’s Faculty of Political Sciences, where he joined a left-wing student group known as the Ankara Democratic Higher Education Association.

By the time the group was shut down, Ocalan had gathered a number of young, urban Kurdish students who had grown frustrated and disillusioned with Turkish state policy on Kurds and the mainly Kurdish populated regions of the country.

He was arrested and sentenced to death in 1999, but his sentence was changed to life imprisonment after Turkey abolished the death penalty in 2004.

7- How did the PKK gain sympathy?

The PKK launched a number of publications including journals, interviews, novels and memorials to spread their ideology.

The PKK portrayed itself as the defender of Kurdish rights and an upholder of rights for other minorities and oppressed peoples, including women, children and the LGBT community.

Even though the PKK is listed as a terrorist organisation in the US and EU, its affiliates gained sympathisers mostly from far left groups in the West.

After Daesh seized a swathe of land across Syria and Iraq in 2014, including Kurdish-majority regions, international media networks started promoting the PKK’s Syrian affiliate, the YPG, as a front-line partner in the fight against religious extremism.

8- When did the PKK adopt violence and why?

The PKK officially took up arms against the Turkish state in 1984 after its members were subjected to arrests following a military coup in Turkey in 1980.

However, the PKK had been linked to acts of violence from the get-go, targeting lawmakers and tribal leaders. They also clashed with opposing groups in the Kurdish-majority regions.

In 1981, the PKK conducted a joint operation with the Armenian militant group ASALA, in which they took 56 hostages in the Turkish Embassy in Paris. 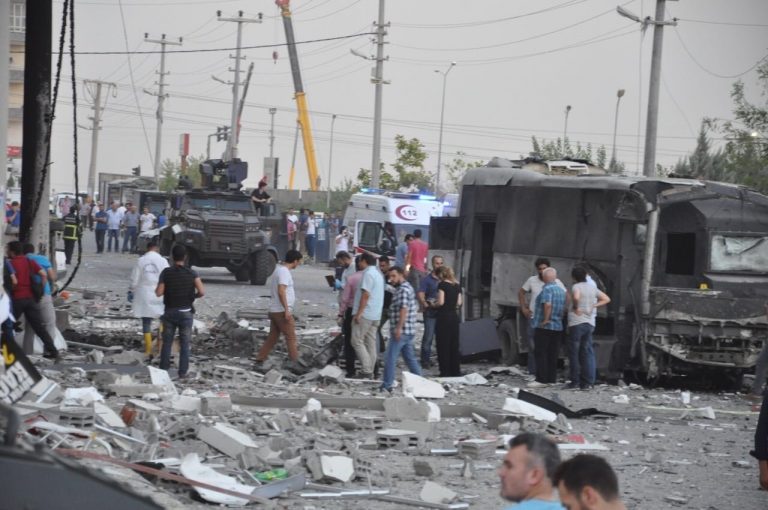 9- Is the PKK willing to negotiate?

After its leader’s arrest in 1999, the PKK agreed to a ceasefire with Turkey which lasted from 2002 to 2004.  During this period, the organisation attempted to rebrand itself as a moderate political activist group, but after the collapse of the ceasefire, the PKK resumed their attacks.

Another peace process was initiated in 2013 to end the fighting. The PKK agreed to withdraw its fighters and its arms from Turkey in return for greater political participation for Kurds.

However, the PKK’s umbrella organisation, the KCK, broke the ceasefire in June 2015 after accusing the Turkish government of failing to comply with the articles of the truce.

In turn, the government accused the PKK of forming a youth group known as the YDG-H to carry on attacks on its behalf during the truce period.

While the PKK’s stated aims and objectives are designed to recruit supporters from the Kurdish community, equating the organisation with the Kurdish cause is an oversimplification.

There is no clear definition of what it means to be Kurdish, and in Turkey, where most Kurds live, government censuses do not register ethnicity. It is therefore difficult to quantify Kurdish support or non-support for the PKK with statistics.

Even though the PKK-affiliated HDP was the most popular party in Turkey’s mainly Kurdish southeast in snap parliamentary elections held in November 2015, figures suggest that only 38.3 percent of almost 6.5 million registered voters in the region voted for them. Around one million people in the region, or 15.4 percent, abstained from voting.