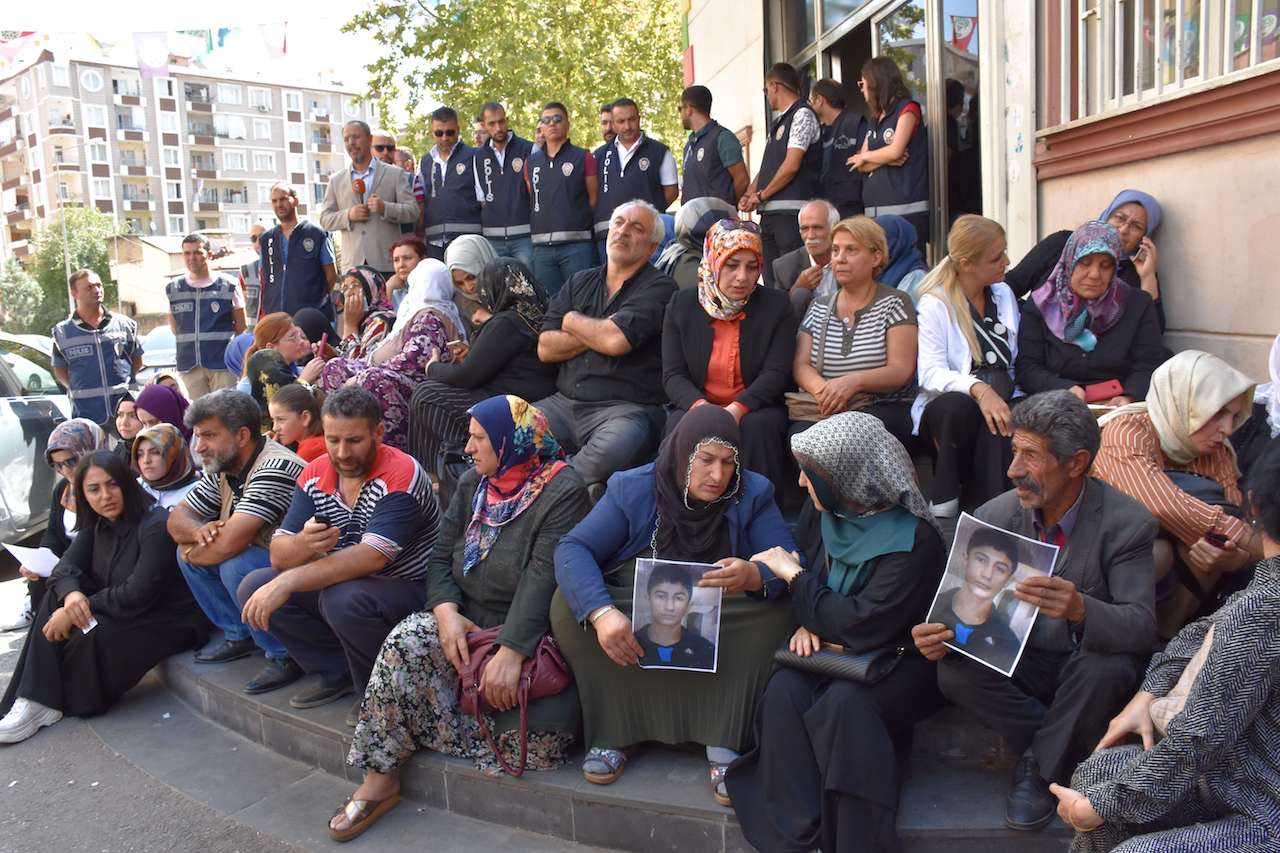 Twelve days on, more families joined a sit-in outside the provincial office of a Turkish opposition political party long accused by the government of having links to the PKK terror group.

The protest started on Sept. 3 after a mother, Fevziye Cetinkaya, said her 17-year-old son was forcibly recruited by the PKK through members of the Peoples’ Democratic Party (HDP).

Muhittin Avunan came to Diyarbakir to join the protesting families from eastern Elazıg province for his nephew Emrah Avunan, who was kidnapped by the PKK in 2015.

Avunan accused the HDP of operating as an offshoot of the PKK.

“My nephew was single and had nothing to do with the HDP. After his son was abducted, my brother suffered psychologically and has been under treatment. For this reason, I came instead of him,” Avunan said.

“The HDP is taking children by force and handing them over to the PKK, and the PKK is taking them to the mountains. When my brother asked them about his son they said, ‘You are late, those who take the children come every three months’.”

Avunan said they had lost hope for his nephew until they saw the mothers protesting against the PKK.

Last month, another mother, Hacire Akar, staged a similar protest near the party’s office. Her son returned home a few days later giving hope to a number of mothers who suffer the same circumstances.

In its more than 30-year terror campaign against Turkey, the PKK — listed as a terrorist organization by Turkey, the U.S. and the EU — has been responsible for the deaths of some 40,000 people, including women, children and infants.