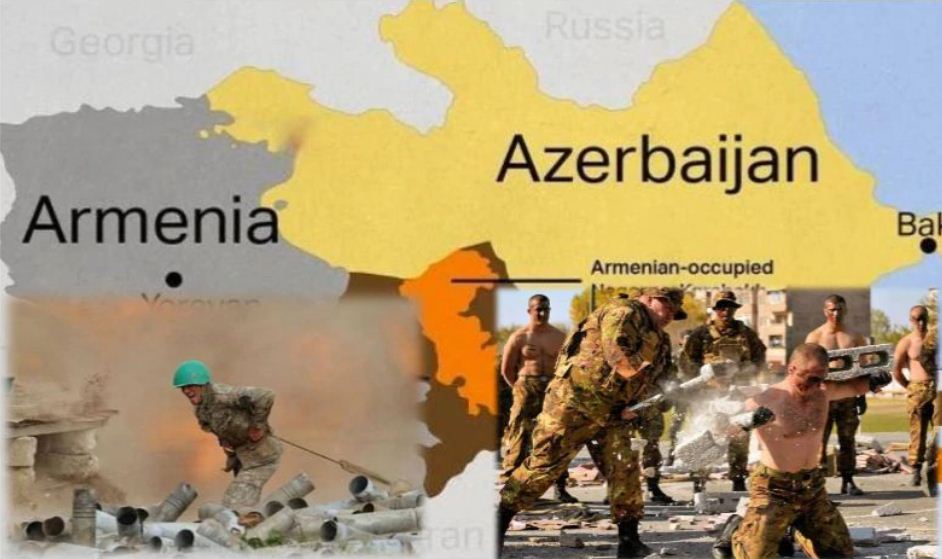 The alarming reports that Armenia has been relocating Kurdistan Working Party (PKK) terrorists from Syria and Iraq to the occupied territories of Nagorno-Karabakh to prepare for future hostilities and train Armenian militias is news of the sort that should keep you awake at night, not only in Azerbaijan but also in Europe, writes James Wilson.

Changing the demographics of the occupied territories by bringing in refugees of Armenian origin from Lebanon, Syria and Iraq is one thing, even though unlawful, but populating Nagorno-Karabakh with PKK militants, classified by all Western countries, including the US and the EU, as a terrorist organisation, is another.

The artificial resettlement policies of Armenia following the explosion in Beirut on 4 August this year and the Syrian War in 2009, aim to change the demographics of Nagorno-Karabakh and to consolidate the 30-year-long Armenian occupation. They represent a violation of international law, the Geneva Convention and various international agreements. Professionally hired militants and terrorists being resettled to Nagorno-Karabakh would be designated as an war crime under international law, putting peace and stability in the region at risk.

According to Cairo24 News Agency and other reliable local sources, Armenia went so far as to let its top-level career diplomats negotiate a transfer plan for the terrorists with the Patriotic Union of Kurdistan, the most militant wing of the Kurdish establishment led by Lahur Sheikh Jangi Talabany and Bafel Talabani. This followed a first failed attempt to negotiate a plan to create a corridor to send Kurdish fighters to Nagorno-Karabakh with the Kurdistan Autonomous Region’s leader Nechirvan Barzani.

According to intelligence, special camps were established by the Iranian Revolutionary Guards to train the militants on Iranian soil before sending them to Nagorno-Karabakh, where they have also access to training camps at a safe distance from the PKK’s Kandil base, which has been increasingly raided in recent years.

This is not the first time Armenia has been recruiting terrorists and paid mercenaries for its own interests. Such was also the case during the Nagorno-Karabakh war in the 1990s. Even back in the Soviet times, Kurds were instrumentalised by Russia and Armenia, the former having established the autonomous region of Red Kurdistan in Nagorno-Karabakh in 1923-1929 to facilitate the resettlement of Kurds living in Azerbaijan, Armenia and Iran to the region.

However, the current Armenian administration shows itself more and more belligerent towards Azerbaijan, thwarting the negotiation process between the two nations because of internal political considerations, including an unprecedented health and economic crisis. Not only did the current Armenian administration refuse to adhere to the OSCE framework agreement, which was agreed upon in principle, but asked for a start-over of peace negotiations from scratch. As Armenians increasingly refuse to send their children to the frontline, the Armenian administration seems to be determined to minimise personal losses through the use of militants from terrorist groups. Prime Minister Nikol Pashinyan even announced the people’s militia initiative in the country, dangerous examples of which were seen in other conflict-torn parts of the world, such as Burkina Fasso.

Under his leadership, the Caucasus has seen the worst hostilities in the last few years when the Armenian armed forces used distillery fire to attack the Tovuz district of Azerbaijan on the Armenia-Azerbaijan border on July 12th. The attack resulted in 12 Azerbaijani deaths, including a 75-year-old civilian, leaving 4 injured and causing serious damage to Azerbaijani border villages and farms. On 21 September, one Azerbaijani soldier fell victim to new skirmishes in Tovuz region, as Armenia once again failed to respect the ceasefire.

Recognized by the UN as an Azerbaijani territory, Nagorno-Karabakh and its seven surrounding regions, have been under Armenian occupation for 30 years despite 4 UN resolutions calling for the immediate withdrawal of Armenian armed forces. The growing militarization of Nagorno-Karabakh as well as the involvement of mercenaries from paramilitary groups in the Middle East would lead to the internationalization of the conflict, putting regional powerhouses at odds.

The dangerous actions of Armenia risks to further destabilize the region, which has a strategic importance for Azerbaijan and Europe, as it provides energy and transport links to Georgia, Turkey and Europe for the Azerbaijani oil and gas as well as other export commodities. By jeopardizing major infrastructure projects, such as the Baku-Tbilisi-Ceyhan oil pipeline, Baku-Tbilisi-Erzurum gas pipeline, Baku-Tbilisi-Kars railway, Armenia could put European energy and transport security at huge risk.
Source: eureporter