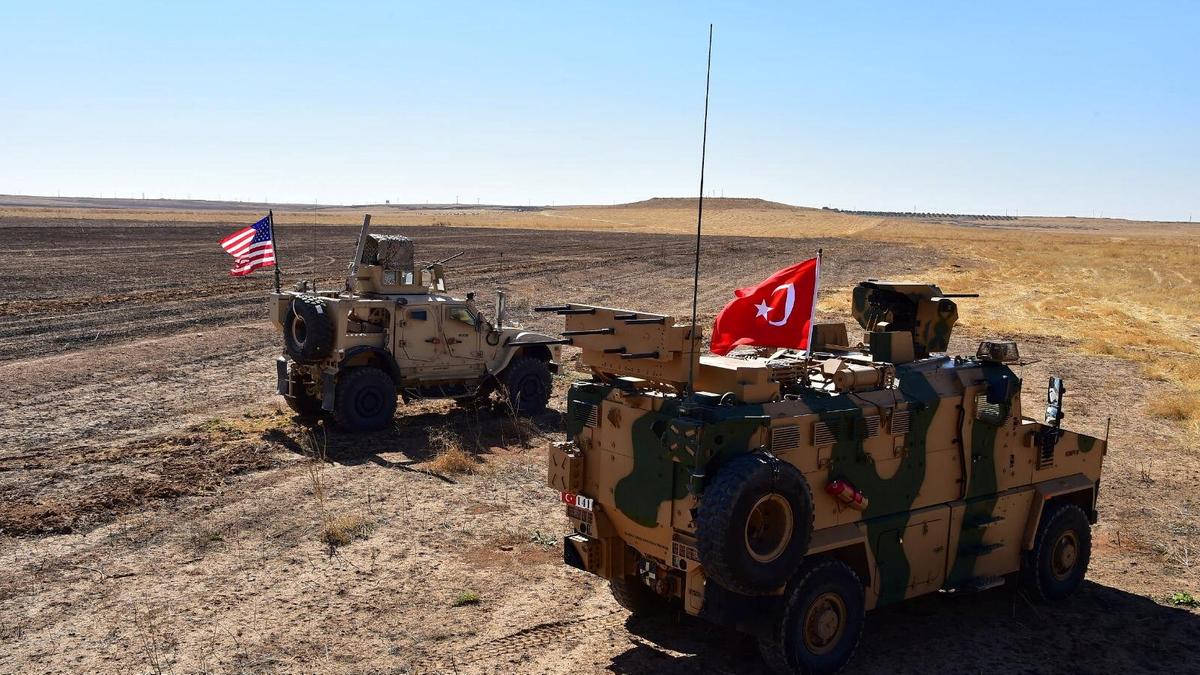 U.S. Air Forces Commander for Europe and African said Friday that Turkey is an incredibly important NATO partner and the alliance remains committed to Ankara as an ally.

“From a U.S. perspective, clearly, as the U.S. in coordination with NATO has talked about what has occurred with the [Russian] S-400 [missile defense system], that is a challenge, and it’s a problem that in the short term is one that we are going to have to continue to work our way through, recognizing that there’s no room for an S-400 to be operating inside of Turkey,” Gen. Jeffery L. Harrigian told a news conference.

He emphasized that the U.S. will continue to work with Turkey in terms of military-to-military perspective and cooperation remained very strong.

“There will always be areas that there will be tension, areas that we have to work our way through, but I will assure you that the work that we’re accomplishing together with our Turkish partners remains very solid,” he said.

“From where I sit, my job is to ensure that we continue to have the strong relationship with Turkey that we have right now, and I will share with you that I have several Turkish officers that are on my staff at Allied Air Command and they are phenomenal officers that do fantastic work for me,” Harrigian added.

Asked about the Incirlik airbase in Adana, Harrigian said camaraderie and teamwork at the Turkish base between the two countries are exemplary.

“Having said that, the location of Incirlik provides me as the commander multiple options when we talk about access to Syria, access to the west or to the east if required.

“So strategically it remains an incredibly important location and one in which we have a great relationship that’s really been fostered over years and years of trust and confidence in working together,” he said.

“To deliver this in such a short period of time is really a tribute to our relationship with the Turkish military, but also to those young folks on the ground that are actually delivering the mission,” he added.

On Aug. 7, Turkish and U.S. military officials agreed to set up a safe zone in northern Syria and develop a peace corridor to facilitate the movement of displaced Syrians who want to return home. They also agreed to establish a joint operations center.

The agreement also envisaged setting up necessary security measures to address Turkey’s security concerns, including clearing the zone of the terrorist YPG/PKK, a group the U.S. has sometimes been allied with, over Turkey’s objections.

In its more than 30-year terror campaign against Turkey, the PKK — listed as a terrorist organization by Turkey, the U.S. and the EU — has been responsible for the deaths of nearly 40,000 people, including women and children. The YPG is the group’s Syrian branch.

On Thursday, two Turkish helicopters and two U.S. choppers took off from Akcakale in Sanliurfa in southeastern Turkey, where the two countries’ armed forces have a joint operations center from where they flew to the Syrian side of the border.

*Writing by Dilara Hamit from Ankara