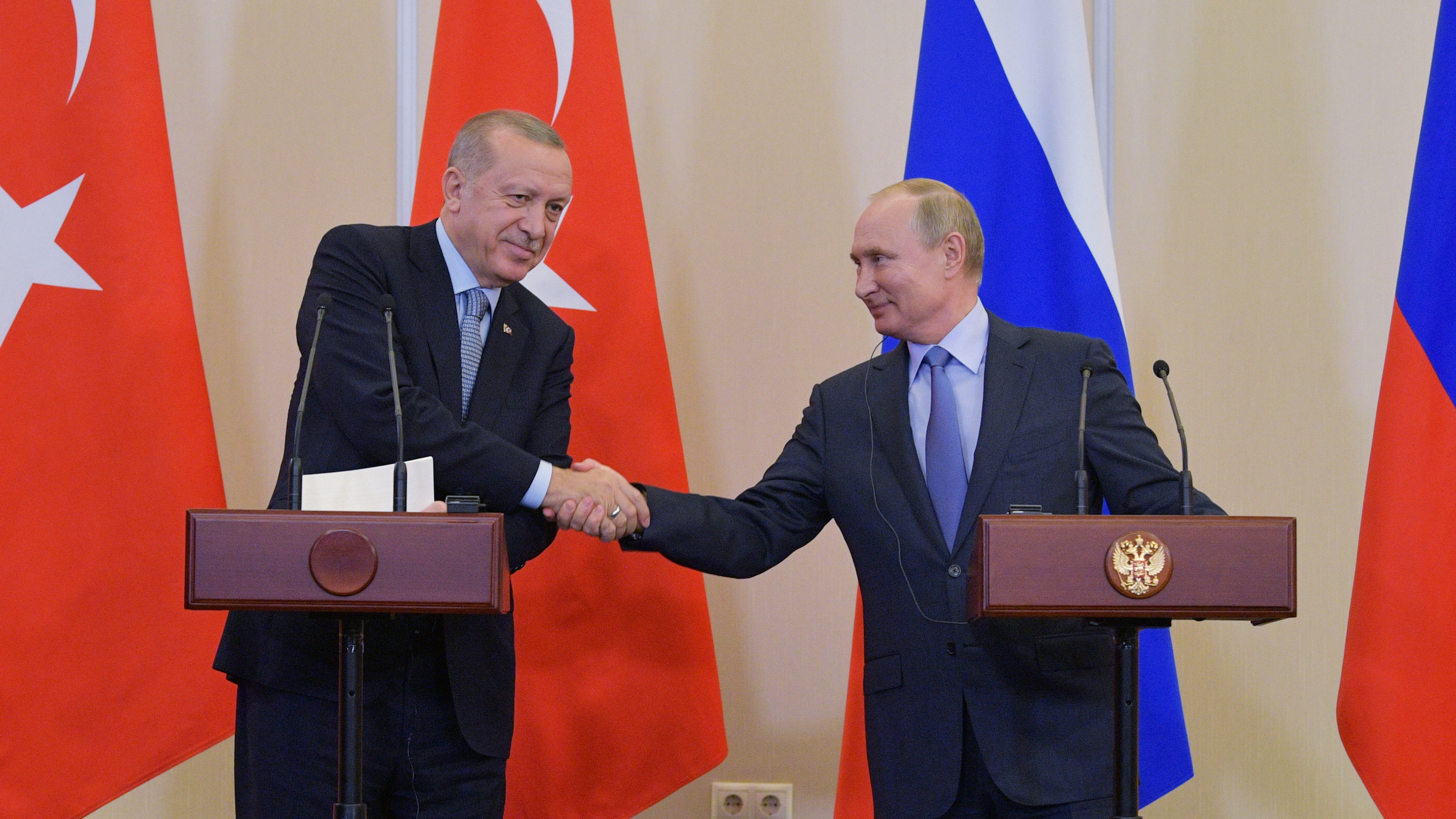 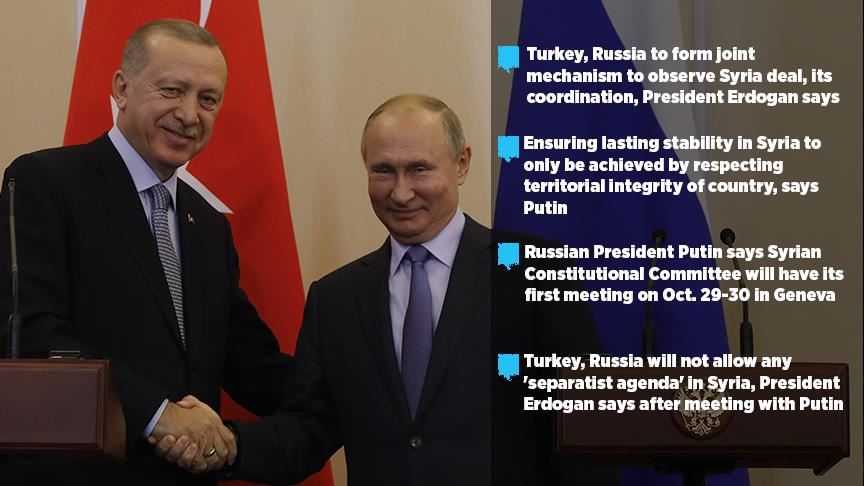 According to the deal, starting at 12 noon (0900GMT) on Oct. 23, Russian military police and Syrian border guards will enter the Syrian side of the Turkish-Syrian border, outside the area of Operation Peace Spring to facilitate the removal of YPG/PKK elements and their weapons 30 kilometers (19 miles) off Turkey’s border in northern Syria, which should be finalized in 150 hours.

The deal came after Erdogan paid a one-day working visit to Russia’s coastal city of Sochi to meet with Putin to discuss Syria and Turkey’s Operation Peace Spring in northern Syria, which was launched on Oct. 9, to eliminate terrorists from northern Syria in order to secure Turkey’s borders, aid in the safe return of Syrian refugees and ensure Syria’s territorial integrity.

The deal was announced by Turkish Foreign Minister Mevlut Cavusoglu and his Russian counterpart Sergey Lavrov. They read the deal in their native languages.

It emphasized both countries’ determination to combat terrorism in all forms and manifestations and to disrupt separatist agendas in the Syrian territory.

The deal also stressed that “the established status quo in the current Operation Peace Spring area covering Tel Abyad and Ras al-Ayn with a depth of 32 km [20 miles] will be preserved”.

“All YPG elements and their weapons will be removed from Manbij and Tal Rifat,” according to the deal.

Both countries also agreed on to take necessary measures to prevent infiltrations of terrorist elements, said the deal.

Turkey and Russia will launch joint efforts to facilitate to return of refugees in a “safe and voluntary” manner.

“A joint monitoring and verification mechanism will be established to oversee and coordinate the implementation of this memorandum,” it added.

The two sides will find a lasting solution to the Syrian conflict within Astana agreement and will support the activity of the Constitutional Committee.

The first meeting of the Syrian Constitutional Committee will be held on Oct. 29-30 in Geneva.

In 2017 the Astana peace process to end the Syrian conflict was spearheaded by Turkey, Russia and Iran in Nur-Sultan (formerly Astana), Kazakhstan’s capital, and since then has seen over a dozen meetings.

Syria has been locked in a vicious civil war since early 2011, when the Bashar al-Assad regime cracked down on pro-democracy protests with unexpected ferocity.

Since then, over 5 million civilians have become refugees. Turkey hosts 3.6 million of them, the most any country does in the world.