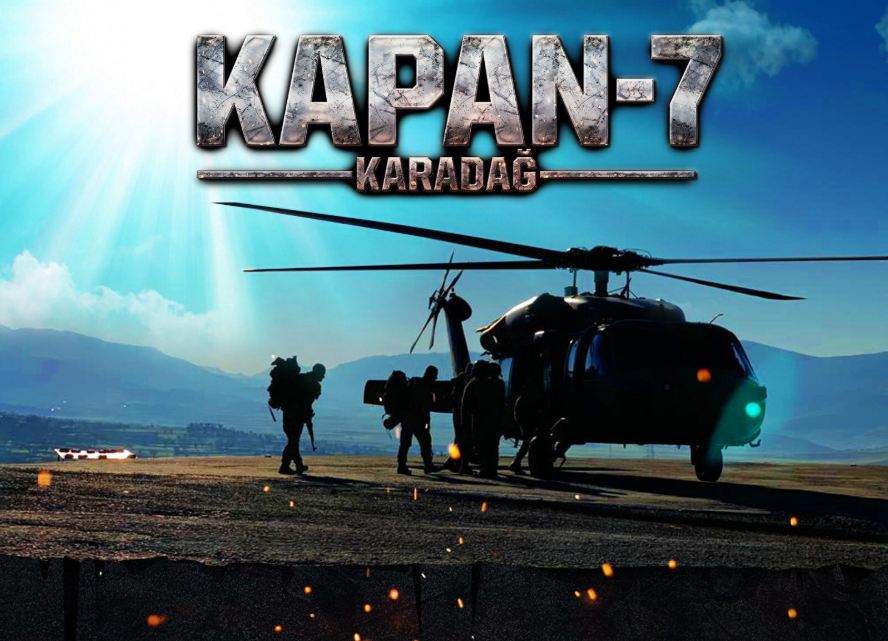 Turkey launched Sunday a fresh anti-terror operation to eliminate terrorists in the country’s southeast, according to the Interior Ministry.

In a statement, the ministry said the Kapan-7 Karadag was initiated to neutralize terrorists thought to be sheltering in Siirt and Sirnak provinces.

A total of 815 security personnel, comprising of gendarmerie, police, and village guards, as well as 52 special units are taking part in the operation, the ministry said.

It noted that the domestic operations are successfully ongoing with the support of the nation to clear the country completely of terrorism.

Kapan-7 is an extension to similar operations in the region launched as part of Turkey’s domestic anti-terror fight.

Ramping up its fight against terrorists, Turkey launched Operation Kapan last month to eliminate terrorists in the southeastern Mardin province, after completing Operation Kiran across the region against YPG/PKK terrorists.

In its more than 30-year terror campaign against Turkey, the PKK — listed as a terrorist organization by Turkey, the U.S. and the EU — has been responsible for the deaths of 40,000 people, including women, children, and infants. The YPG is the PKK’s Syrian branch.