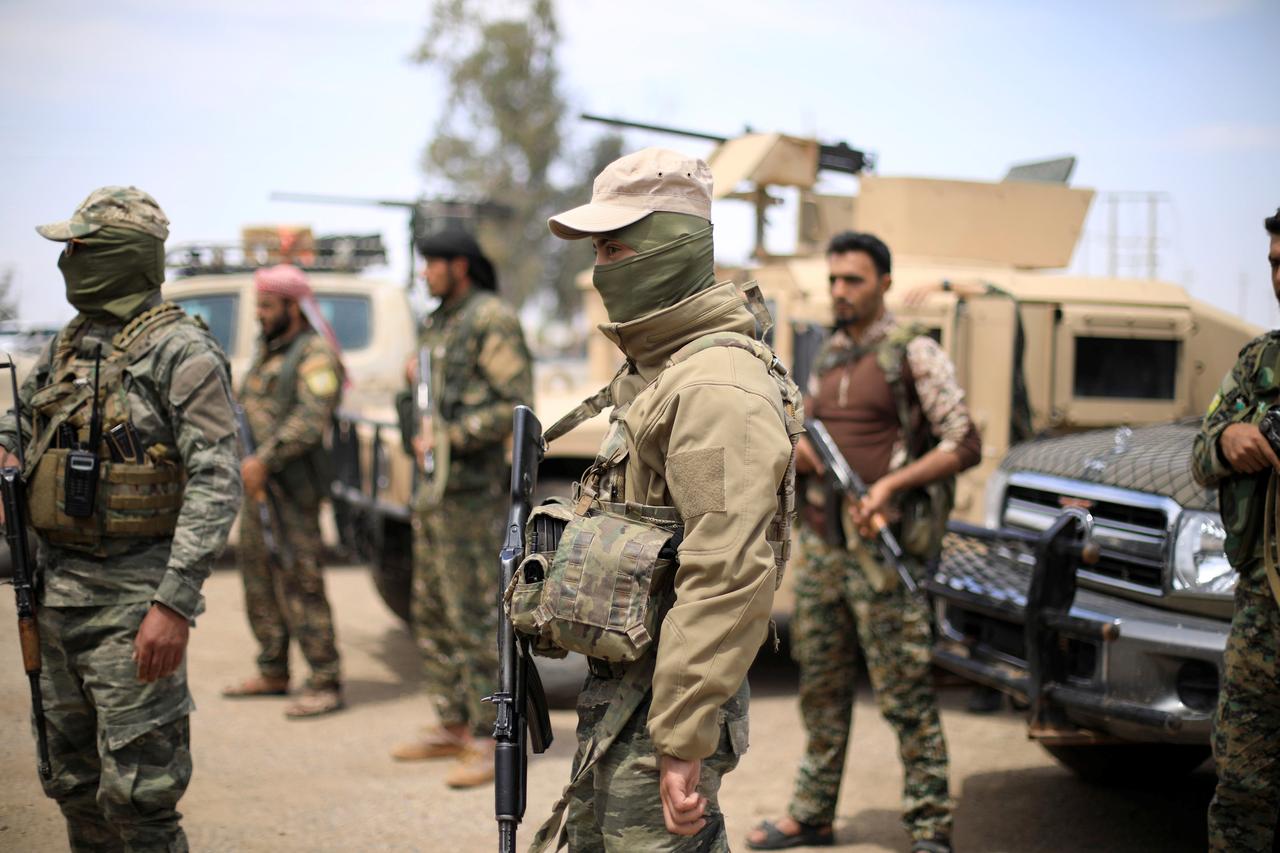 SDF kidnaps dozens of children and youths in eastern Syria

Geneva– The Euro-Mediterranean Human Rights Monitor expressed deep concern over the Syrian Democratic Forces’ (SDF) reported abduction of dozens of children and youths from refugee camps in north-eastern Syria, isolating them in camps for recruitment, which amounts to a war crime.

The SDF, supported by the International Coalition, have recently begun a massive campaign to arrest Arab youths in the Syrian Jazira of eastern Euphrates, taking them to forced recruitment camps in eastern Syria, including Tel Baidar, Tel Adas, and Fouj al-Hasakah camps.

Over the past weeks, the SDF abducted about 200 children from al-Houl camp, southeast of al-Hasakah, and placed them in one of its camps.

According to relief sources, most of the children are between the ages of 13 to 16, including orphans and non-Syrians.

The abduction of these children coincided with SDF’s launch of a campaign of large-scale arrests targeting Arab youths in the cities of Qamishli, Hasaka, Raqqa, and Deir Ezzor, forcing them to take part in the organization’s so-called “Self-Defense Forces”.

According to local reports, the so-called military police and the Asayish forces, the security arms of SDF, arrested hundreds of young people of the Arab tribes this week at two checkpoints, Al-Numatli and Alaya, east of the city of Qamishli, and at the checkpoints of Sabbagh and Al-Sarafis as well as at Al-Quds park, Marshou, al-Kahrabah and al-Nashwa roundabouts in al-Hasaka.

Anas al-Jarjawi, the Euro-Med’s regional director in the Middle East and North Africa said that the International Coalition bears a great responsibility for the continuation of SDF forces’ practices which is contrary to international law. It is unacceptable to continue providing military and logistic support to groups that practice killings and arrests over identity, in a daily violation of the most basic human rights of civilians under their rule.

Al-Jarjawi added, “the suffering of the Syrian civilians in eastern and northeastern of the country did not stop with the end of the Islamic State’s  control of those areas but continued under SDF, which views civilians as recruitment and fighting subjects and oppresses anyone who violates its military orders.“

The ongoing arrests by SDF seem to be in line with what the US Chairman of the Joint Chiefs of Staff, General Joseph Dunford, revealed last week.

Joseph Dunford said that his country needs to train between 50,000 to 60,000 local forces to control security in northeastern Syria.

SDF was established in the city of Qamishli in northern Syria on the 10th of October 2015 to fight against the Islamic State. At that time, they defined themselves as “a unified national military force for all Syrians, Arabs, Kurds, Syriac, and all other components”. But the ethnic composition of the SDF suggests otherwise, as it is dominated by Kurds. Currently, 70% of its troops are Kurds, while Arabs and other communities account for just 30%.

A report prepared by the Euro-Med at the end of July revealed that SDF is committing war crimes against humanity and against thousands of Syrians using the cover given to them by the International Coalition to fight the Islamic State.

The two additional protocols to the Geneva Conventions of 1977, provided for the prohibition of the recruitment of children under the age of 15, and their participation in hostilities, Euro-Med’s legal researcher Mohammed Imad said. 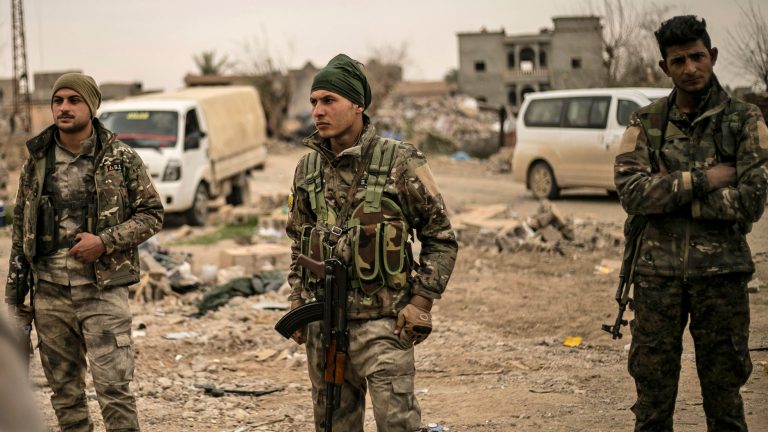 The Euro-Med urged the US government, which supports SDF, to pressure It to end the recruitment of children in military zones, calling on the international community to take serious and practical steps to address SDF’s violations of international law.

The Euro-Med also called on SDF to immediately demobilize children from among their forces, including children of displaced families in camps as well as orphans.