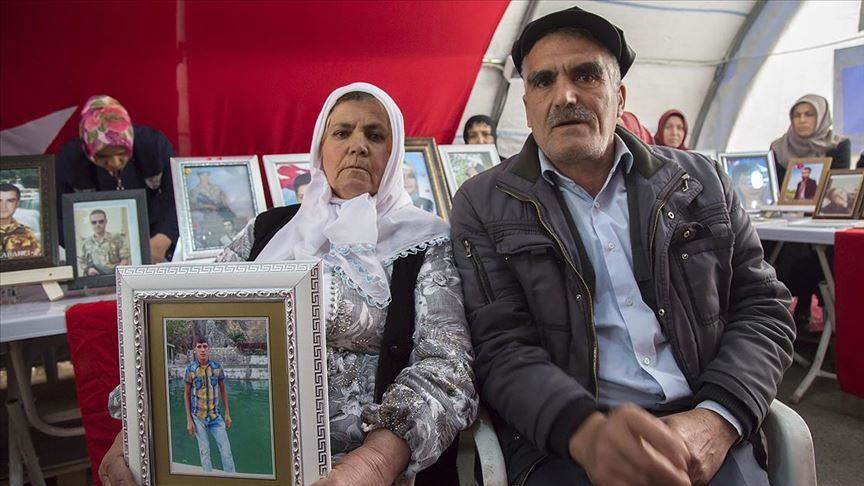 Another father joined on Tuesday a sit-in against YPG/PKK terror group in southeastern Turkey which has entered its 176th day.

Emin Ekinci camped outside the Diyarbakir office of the Peoples’ Democratic Party (HDP), a political party accused by the government of having links to the terrorist organization YPG/PKK.

His son was kidnapped by the terrorists six years ago.

Ekinci set out from the southeastern province of Sirnak to join the protest which continues to grow by the day.

“I want to reunite with my son and will wait for him,” he said, adding that he will not give up.

The protest started on Sept. 3 outside the office of HDP in Diyarbakir with three mothers.

Since then, the number of protesting families has increased demanding the return of their children whom they claim were deceived or kidnapped by the terror group.

In its more than 30-year terror campaign against Turkey, the PKK — listed as a terrorist organization by Turkey, the U.S. and the European Union — has been responsible for the deaths of 40,000 people, including women, children and infants. The YPG is the PKK’s Syrian offshoot.